US Admitted that United States added Barriers to trade with Pakistan

KARACHI(22th August, 2014)  : Karachi’s Senior Financial Officer of American konasaleta Alexander and the promotion of bilateral trade with Pakistan wants Washington to ensure that trade and investment are committed. 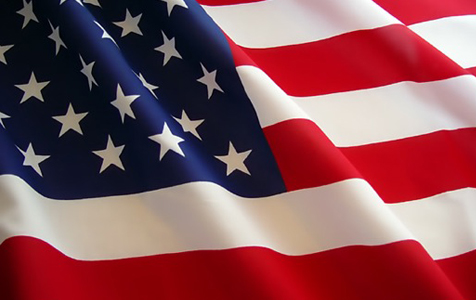 Karachi Chamber of Commerce and Industry of the tour, he said, while addressing the challenges, opportunities parajalasa business with enormous opportunities exist, the United States remains committed to furthering relations with Pakistan is obliged, Pakistan was committed to various economic activities in the United States and we have to deal with the energy crisis in the campaign of pro-Pakistan, the country in order to help to overcome the energy crisis in US agency for International Development (USAID), the Pakistani authorities have issued a lot of cooperation.

Education in Pakistan is one of the top priorities of American engagement, the United States has invested heavily in education and education through programs that run from the grant of the Americas to improve the work has been started.

Pakistan about the negative impact that comment, he said that Pakistan is found in the effect of the reality is the opposite, worldwide about Pakistan positive message for all of us, the responsibility and the image of h and together strive Pakistan should be a negative impact on the zaila to apply all the resources needed to bring the car.

Pakistan and the United States of a century, the increase was not related to the question of trade during khauraha Alexander and some areas are some of the obstacles that need to be solved jointly, the bilateral trade between the two countries is increasing and the gradual success in business is the proof of this fact, especially with Pakistan but Pakistan zakarahe to enable an increase in mango exports to the American market their products and services should promote aorabahatara way to take advantage of the opportunities available to a lot of companies with a lot of cooperation did.

Karachi Chamber of Commerce President Abdullah jakiura The bilateral trade between Pakistan and the United States stressed the need to boost the existing real commercial quantities in accordance with the scope, Karachi cimbaraapha commerce between the two countries to boost trade arajarata New raahen plays an important role, and we find that we have always voiced Ed does not get in the way of trade and commerce in order to overcome the rakaom two countries must play a role.

Abdullah zaki misconceptions about Pakistan, described the overall situation is so bad peace vamana not as foreign traders and industrialists understand it all the time which is due to be released on the negative travel direction. He also emphasized the need for discussion between businessmen of the two countries, stating that the process will improve trade relations between the two countries.

The American government to deal with the energy crisis, development of education, economic opportunities for growth, and improving the health status taramasalata done anything to improve collaboration and acclaim. Pakistan on behalf of the European Union, which SP Plus status to be given to Abdullah jakiura zakarkarate stressed that Pakistan and the United States between Free Trade Agreement (FTA), through which it has decided not only to American markets, products, Pakistan could easily but will also promote bilateral trade between the two countries will be found.