Lahore (Thursday, September 10, 2015): Today Nationwide strike against Banking transactions tax against Government. The All Pakistan Traders Association today announced the nationwide strike demands were not accepted by the Islamabad Long March is threatened. 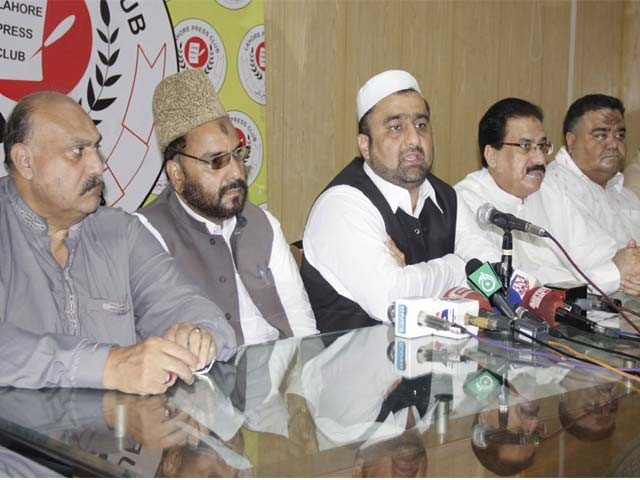 General Secretary of All Pakistan traders Naeem Mir said yesterday at a press conference in Lahore that have received the lion’s mouth with blood, the trader if the non-political, but the march went along with all the political and Islamic opposition parties Pakistan will surround, the Captain Adnan Agha Khan, Irfan Iqbal Sheikh, Ali Nusrat Butt and other business leaders were also present.

Aurdry protests and strikes in the first group to suffer trader, but now in the interests of all groups and factions trader and common approach is adopted whereby we will shutter nationwide on Wednesday, a shop, business center , Office will not open, if the shutter nationwide despite tax deferred until December 31 did not agree to our demands were not on the table, then the trader will not be apolitical.

PTI Chairman Imran Khan, PPP Chairman Bilawal Bhutto Zardari, Amir Jamaat ul-Haq, MQM and other political parties, the business community has assured his full support, even if the strike on September 9 The IMF tried to impose the terms strategy, we agreed with the country’s long march to Islamabad, and in March it will also receive the support of all political parties.

For their legitimate demands can surround Islamabad. Naeem Mir said that the State Bank and Chairman FBR wrote letters to answer, but he did not, the reminder letter was not written down, but so far no answer, it is not lightly And if we consider the tax unfaithful.